On Tuesday, 29 October 1929, the New York Stock Exchange opened under a cloud of fear. The market had been plummeting for the last five days and the brokers sensed that the worst was yet to come. They were not wrong. As the story goes, the opening bell of the exchange was never heard because the shouts of “Sell! Sell! Sell!” drowned it out. Within first thirty minutes, US$ 2 million evaporated into thin air and the slide continued. Phone lines were clogged and telegram service exhausted. By the end of the day, the market had lost US$ 14 billion – about 180 billion in today’s dollars. The ticker tape that recorded transactions ran for 15,000 miles! This was “Black Tuesday”, the beginning of the Great Depression, the longest, the deepest and the most widespread economic depression of the 20th Century. It would take the world twelve years to recover from it.

The news of “Black Tuesday” reached India only two days later. Even then, it wasn’t taken too seriously. The Times of India printed the story on its page 10. After all, how much effect could the Wall Street have on streets of Agra or Madras? As it turns out, a lot. The Great Depression ended up plunging Indian peasantry into years of misery and indebtedness. The economic distress was further exacerbated by sheer greed and mismanagement of the colonial government. Ironically, the same governmental greed also ended up unwittingly helping the nascent Indian industry, which emerged from the depression stronger than ever before.

The fundamental problem of the Great Depression, as the name suggests, was one of depressed prices. Low prices of things like wheat, rice and cotton meant that farmers across the world could not make money off their harvests. In many developed countries, governments tried to combat this problem by reforming their economy or providing financial relief to their farmers. One of the common practice was to devalue the currency to make exports more competitive (as countries like China do today). In the Western world the practice became so rampant that it touched off a “currency war”, with each country racing to lower the value of their currency. In India, the government took the opposite approach by ensuring an overvalued rupee, adding to the suffering of the Indian people.

The central concern of the colonial government was not people of India but the British investors who had money tied up in India. These investors were worried that a devalued rupee will hurt their investments. In fact, the Indian farmers suffered a triple squeeze. On the one hand, prices remained abysmally low. By 1931, wheat prices were down by more than 60% and took years to recover. On the other hand, peasants bore the brunt of the global credit crunch. By late 1920s, world’s credit market had integrated. A farmer taking loan in Punjab or Orissa was connected to the moneylenders of London and New York through an intricate chain of middle men. A failing bank in the United States or Europe could thus have a very real effect on interest rates for Indian farmers. As the Great Depression ravaged global economy, it became harder for Indian peasants for take loans to plant their next harvest while the moneylenders pressured them to pay back previous debts. The result was a never-ending cycle of indebtedness, with insolvency as the eventual destination. By 1934, 3.85 million families (77%) were in debt for more than double their annual income.

Prices (1929 prices as 100). Prices in India fell more and recovered more slowly than many other countries

Final squeeze came from the burdensome taxes that the peasants had to pay. While many western governments were taking on huge loans to pump money into their national economies, the Indian government was obsessed with balanced budgets. Given that the depression was shrinking the tax base, government’s solution was to hike tax rates. One instance of this was the infamous increase in Salt Tax which led to Gandhi’s Salt March. While some provincial governments eventually did offer some tax relief to their farmers, it was too little too late.

Weighed down by low prices, moneylenders and taxes, the Indian peasant suffered through the decade in misery and poverty. There is no comprehensive data of how many famers went insolvent but it is evident that a significant portion of peasantry lost their lands and possessions. Families sold their jewelry to pay the moneylender and the taxman. So much gold flowed out of the country that India went from being an importer of gold to exporter during the depression. By 1937, an economist estimated, India had sent out more gold in the last seven years than it had imported in the seven years before the depression. In fact this massive gold outflow ended up in the hands of London bankers and helped the British economic recovery.

On the flipside, the same British greed that broke Indian farmer’s back, also helped the Indian industry grow, albeit unwittingly. For decades, the colonial government had refused to help the Indian manufacturing grow for fear that it may come at the cost of British manufacturers who exported to India. To help retain India as a market for the British industry, the colonial government had clung on to the mantra of “free trade” and refused to adopt protective tariffs which might have helped Indian companies.

It took the Great Depression to change the government’s mind. The motivation was not the wellbeing of Indian producers but London exporters who were now facing stiff competition from other countries. Japan was beginning to outsell British textiles in India while Germans and Belgians leaped ahead of British steelmakers for the South Asian market. For over a century, the British industry had ruled the Indian market unchallenged, but now it was in decline. It could no longer compete with other industrial economies in a level playing field.

So, it was the British industrialists who began clamoring for protection in India. Jettisoning its “free trade” gospel, the Indian government adopted what was known as “imperial preference”. High tariffs will be imposed on all imports coming into India, except those coming from Britain. The British industries had essentially rigged the system in their own favor. What they did not realize was that the same tariffs that shielded them also shielded Indian industries. This accidental protection came as a boon for Indian businessmen who could not compete with more efficient Japanese or German companies but could stand toe to toe against declining British manufacturing. By the end of 1930s, the imperial preference system ended up helping Indian industry grow to unprecedented scale and laid the foundations for the modern Indian economy.

Most interesting was the case of textiles. At the start of the depression, Indian textile industry was on the brink of extinction due to the heavy competition it was facing from Japan. Backed by a devalued yen and more efficient factories, Japan was pumping textiles into the Indian market at an accelerating rate. The depression pushed the Indian manufacturers even further into the abyss, until the Bombay businessmen warned that the cotton mill industry “is in imminent danger of being ruined”.

Even the protective tariffs did not help them at first. The Japanese textile industry proved so efficient that it could undersell Indian and British manufacturers despite a duty as high as 50%. As the Indian government pushed the duty even higher, the Japanese responded by imposing import duties on the raw cotton that it imported from India. By 1933, both countries were in a trade war. This was finally put to rest when the two countries came to an agreement to establish a quota for Japanese textile exports coming into India. Indian textile, thus secure from Japanese competition, gave stiff competition to the British industry, which had to eventually surrender the lower-grade clothing market entirely to the Indians. By 1938, only 10% of textiles in Indian market were imported. The rest was dominated by domestic producers. 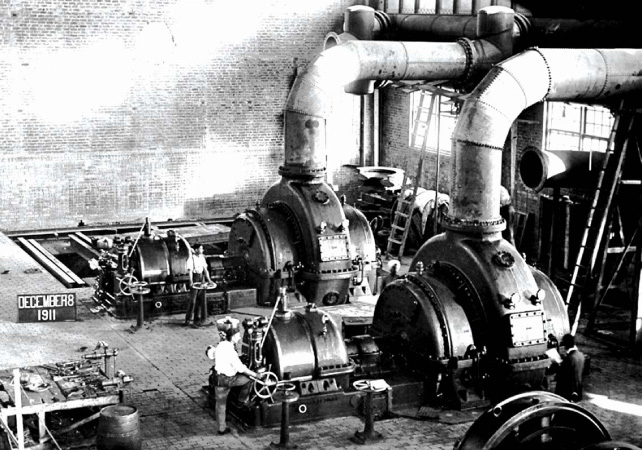 The imperial preference proved to be an even greater boon to industries like steel and sugar. In early twentieth century, steel production was considered to be the height of industrialization and no one could imagine an underdeveloped country like India producing its own steel. Against all odds, the Bombay business family Tatas had set up a steel plant in Jamshedpur called TISCO in 1907. This seemed such a foolhardy enterprise at the time that no one established another steel mill in India for another thirty years. Yet, in the end, the Tatas were vindicated. The protection offered during the Great Depression ended up helping TISCO outcompete the more expensive British steel, so much so that by 1934 it had captured three fourths of India market. In fact, by early 1930s, India was exporting steel to Britain at the rate of about 300,000 tons! By late 1930s, other industrialists also jumped into the fray, establishing steel mills of their own.

The sugar industry benefited from the tariffs even more. At the onset of depression, low prices of Indonesian sugar were threatening to wipe the Indian industry out altogether. However, the tariffs once again saved the day. Under their protection, the industry exploded, going from 32 factories in 1931 to 139 factories in 1938. In the same period, Indian sugar imports fell from about half a million tons to just 33,000!

Thus the Great Depression proved to be a mixed bag for the Indian people. While the rural, agrarian India suffered, the urban, industrial India came to the fore for the first time in the country’s history. As the rates of indebtedness and insolvency grew among farmers, cities imported cars (worth Rs 315 million from 1930 to 1938) and liquor (worth Rs 155 million from 1930 to 1938). In effect, the rich got richer and the poor became poorer.

Yet, the British mismanagement of the economy hurt Indian industry as well. Had the Indian government focused on the needs of the national economy alone, Indian manufacturing could have grown even faster, and bigger. Not only did the Indian government openly favor British producers over Indian ones, it also killed any chance of India developing an export industry. Despite impressive growth of Indian manufacturing, for the most part, it remained constrained to sell only within the domestic market.

These British policies went a long way in turning the Indian people against the colonial rule. Direct beneficiary of this phenomenon was the Congress party, which gained supporters in rural India during the depression. At the same time, the Indian industrialists, disenchanted by the government’s biased policies, also grew closer to the nationalist movement. As we will see, Congress gained a lot of political ground because of these changes in 1937 when it got its first shot at real power.

Next on Revisiting India – Patel vs. Congress Socialist Party: The Insurgency

3 thoughts on “3. India in the Great Depression: Forged in Fire”