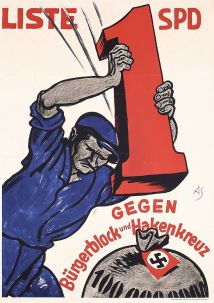 By the early 1930s, the ideological battle between capitalism and socialism had been enveloping the entire globe. Rise of Hitler in Germany, Stalin’s consolidation of power in the Soviet Union, victory of Social Democrats in Sweden, collapse of the Liberal party in Great Britain, the Spanish Civil War, the Infamous Decade of Argentina, the 1931 Communist revolt in Indo-China, the 1935 rebellion in Iran, the Long March in China and birth of Muslim Brotherhood in Egypt – in their own ways, all of these were various fronts of the ongoing global war between ideas of the Left and the Right. Two factors – success of the Soviet Union and the failure of capitalism during the Great Depression – had thrown the world into an existential crisis. Confused, the humanity was struggling to figure out whether its salvation lay in the promised socialist utopia or the capitalist jungle.

Inevitably, the war came to India as well. By 1934, Congress was facing a brewing insurgency which threatened to split the party into two. On one side stood Congress’s Right Wing led by the party boss Sardar Vallabhbhai Patel. On the other were the young radicals like Jayaprakash Narain and PD Tandon, who sought to carry out a coup within the party and establish hegemony of the socialists. On one side was decades of experience in political infighting, and on the other, firebrand radicalism of the youth. Many feared that an open civil war might break out within the party at the time when it was at its weakest and the British government was looking for any way to break it into pieces. But they were underestimating one man who was watching all of this from afar. Mahatma Gandhi was about to give everyone a master class in political maneuvering. Without stepping in himself, he was about to defuse this ticking bomb. END_OF_DOCUMENT_TOKEN_TO_BE_REPLACED